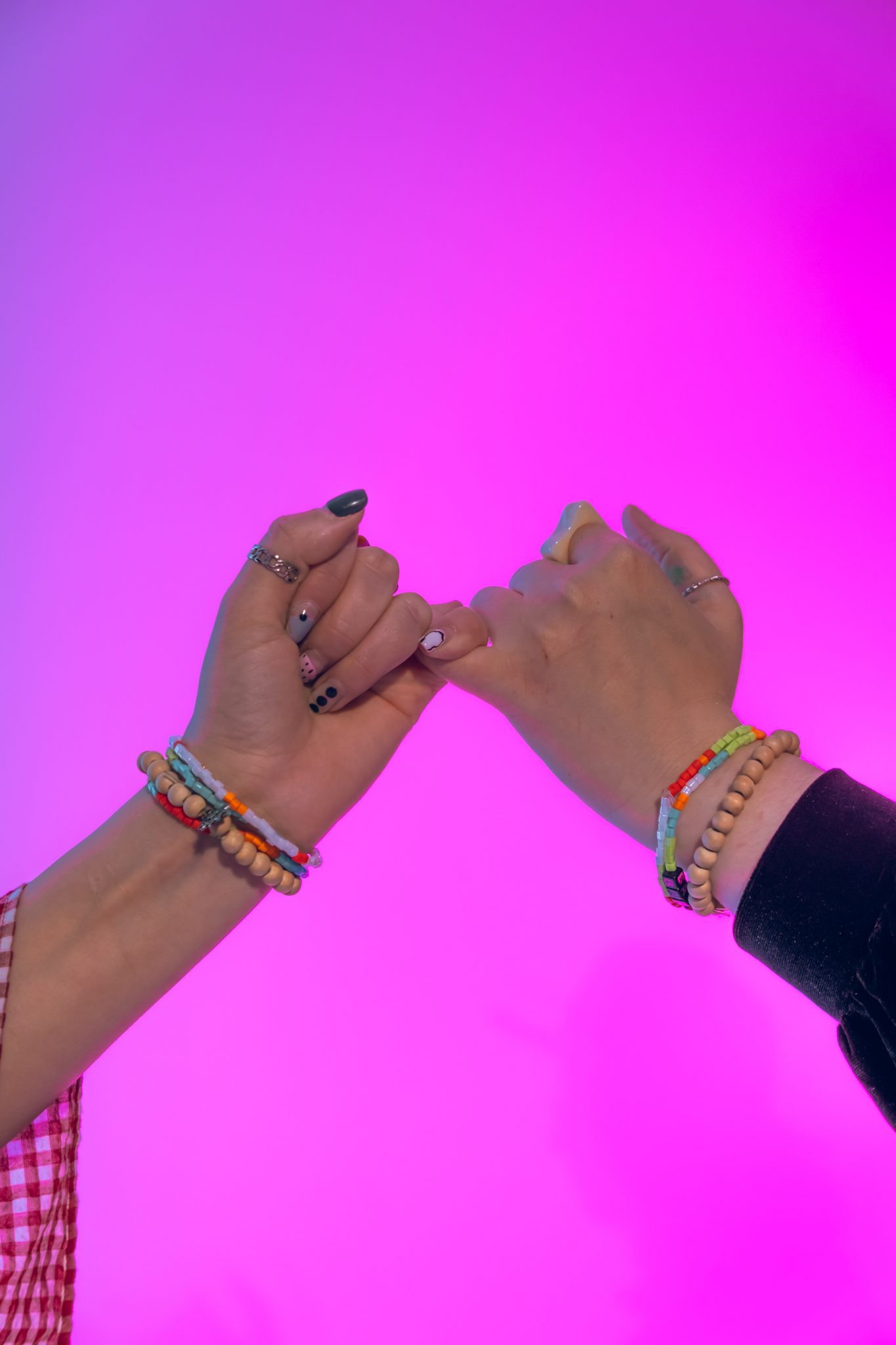 How to Make Friends as an Adult and Keep Them

We always believed that we get wiser with age. And that at a certain age we would eventually figure out everything. But when it comes to friendships or dating, it feels like there’s this big lie out there that’s been deceiving us for years. Making friends in your 20s or 30s certainly isn’t as easy as it was in kindergarten when you became best friends over a similar pencil case. While PenPal helps you find like-minded people, it can feel awkward to put yourself out there. And yet, making friends is not physics. Let’s talk about the inevitable: how to make friends as an adult (and how to keep them afterward).

First things first: people like you rather than dislike you

While being carefree as a child and asking everyone to play hopscotch with you, now as an adult we are way too scared about rejection. Ever heard this sentence from yourself: “I think [insert random person] doesn’t like me”? Probably. There is even a psychological theory out there, the so-called liking-gap: the idea that people always like you a bit more than you assume. And when both of you confront each other with the thinking that the other person doesn’t like you, this whole ‘socializing’ thing becomes far too awkward.

So, the first step for you to become more confident when making friends as a grown-up is to believe that they will love you. When you genuinely try to connect with someone, you are much less likely to be rejected than you think. And being more optimistic makes you warmer, friendlier, and more open (Spongebob and Thaddeus are the living proof of that).

Don’t blame yourself for not having a heap of friends

If you can count your friends on two hands, you are not strange – you are actually the total average. Many people are lacking for community, and there is nothing to be ashamed of. And fairly said, it’s not about the number of friends you have, but more about the kinds of relationships you have with them. Quality over quantity is as valid here as it is valid for your new pair of shoes (or for dating 👀​).

Another point to mention is that the real essence of social media can be misleading: Instead of connecting users, it leaves them lonelier. And we feel this issue in the 21st century. So don’t put yourself under pressure and stop blaming yourself for not having friends.

If you are rather shy and have problems to approach new people, check out our article on how to make friends as an introverted adult.

Look for shared interests and similarities

If you search for long-lasting relationships, it helps to find people with the same interests or similarities. I’m not talking about finding your alike-looking Ashley Olsen twin, but about someone who ticks like you. This does not only make sense in terms of fit, but also in the sense that you have something to talk about from the beginning. So it makes it easier for you to actually approach the other person, start a conversation, and make the next step.

PenPal, for example, matches you with people based on your interests, age, gender, country, etc. Since you can choose from around 300 interests (including fly-fishing, crossword puzzling, and ghost hunting 😉​), you can be very specific about what you like and what you are looking for. If you want, you can even mention some of them in your bio.

And as soon as you match with someone of the same interests, you can reach out with a postcard that gives you space for more meaningful conversations (space of around 3000 characters to be precise). From there on, you can explore other personality traits and similarities like values, characteristics, how you grew up, etc.

Find a joint routine to strengthen your relationship

Whether it’s about finding friends, the process of making closer friends, or keeping friends: an activity that is happening on a regular basis helps you to deepen your relationship. You like books and want to find new friends? Think about joining a book club instead of going to book lectures. There you can meet a bunch of like-minded people. And with regular meetings, you are able to connect in a more meaningful way.

The same advice counts when you bond with someone at PenPal or have a long-distance friendship. Take one day in the week to write your friend a postcard, call them or start a new series at the same time and talk about it. These continuous activities give both of you stability, shared topics to talk about, and more time to get to know each other.

There is no world without small talk. That’s for sure. But after you’ve talked enough about the shitty weather, your busy job, or your weekend escapades, it’s even more important to go to conversations that matter (not that your weekend escapades wouldn’t matter 😉​). If you want to make friends, you want to make real ones. And this is only ensured when you feel like there is another person that you can talk to.

Of course, you don’t need to introduce them to your deepest secrets (like your total affection for Harry Styles) right from the bat. But talk about two or three things that are important to you or thoughts that you would like to share. And of course, these thoughts should not only come from your part but also from the other side. Ask questions and show interest. This is important for a balanced relationship.

Make others feel appreciated and heard

Making friends as an adult is not only about being funny. Because if you really want to build connections, the other person should feel valued and heard. Making friends is largely about how you make them feel. If they tell you about a problem, be there and support them. If they tell you something about themselves, listen. When they ask about your opinion, be honest. They prank you? Prank back even worse. 😜​

In the end, it’s about appreciation and about showing someone that you care. The idea of appreciation was also a fundament for founding PenPal. The concept of making an effort to get to know someone – by creating and sending a postcard – is something that often gets lost. Even though it can bring so much joy.

Still doubts about how to make friends as an adult?

Now that you’ve read until here, you should be well-prepared to make some new friends. If you have any doubts, want to know more about PenPal, or have some extra advice for others, feel free to write them in the comment section.

Also, we have a guide on how to make friends as a senior on PenPal. Check it out and soak up some new advice.

How to Make Friends as an Introvert – The Ultimate Guide