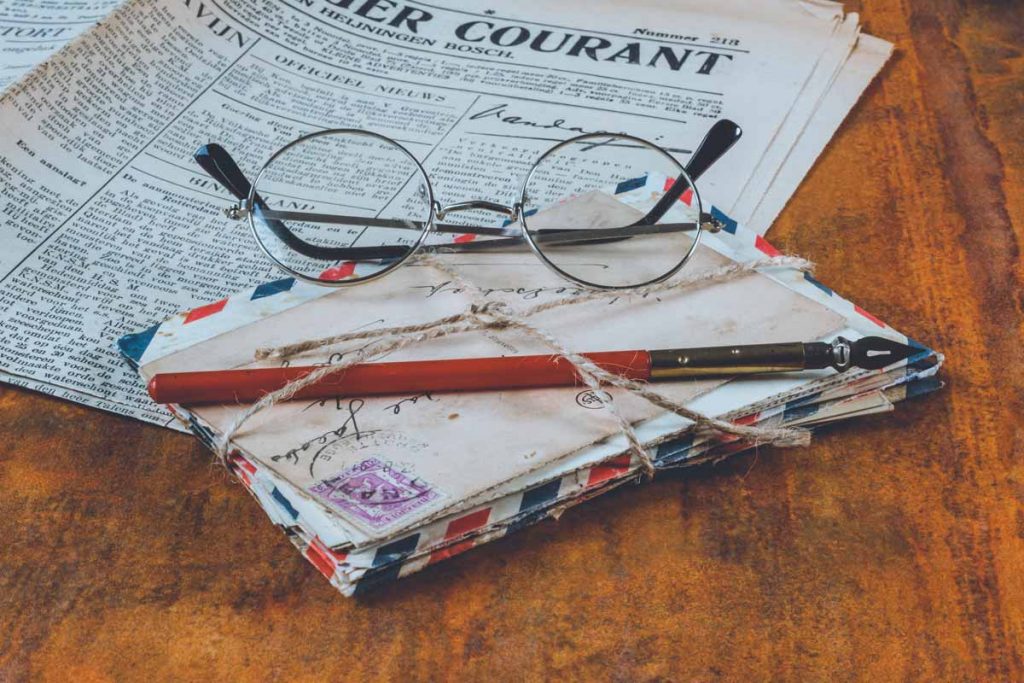 What is a Pen Pal: From Then to Now

These days, the post is often bills, junk mail and the occasional reminder to book an appointment with the dentist, hairdresser or doctor. But just a few years back, before the invention of messaging services and mobile phones, it was something more than that. It meant hearing from distant friends, fiery lovers and estranged family members. And as we still know, there is nothing quite as special as waiting for a note from a loved one to hit the door mat. Which is why penpalling is making a comeback!

Having a pen pal represents the opportunity to create a connection with someone; a person you may not necessarily have met in other circumstances and may never meet in person. So what is a pen pal? When did it start, where does it come from, and what are the many benefits to having one?

What is a pen pal?

When you really think about what the meaning behind ‘pen pal’ is, you’ll find it relatively self-explanatory. The term is often used interchangeably with pen friend, and it is a noun that refers to a ‘friend or contact with whom regular correspondence is conducted’.  Traditionally, this is via snail mail. However, in recent years, individuals who send emails to each other or stay in touch through messaging apps and social media may also refer to each other as pen pals.

The history of pen pals

The joy of having a pen pal has a long and respected history. People have been writing letters to each other ever since writing implements were first invented. Throughout the ages, people have kept in touch, shared their thoughts and beliefs, and poured their lives out onto paper.

Some famous pen pals throughout time?

The world has seen some of the most unusual of pairings over time, such as Catherine the Great and Voltaire. The Russian empress and French philosopher were pen pals for 15 years; until Voltaire’s death in 1778.

Throughout history, there have been a number of famous pen pals. For example, Groucho Marx and T. S Elliot surprisingly exchanged letters for an impressive three years. Meanwhile, J.R.R. Tolkien and C.S. Lewis discussed their Christian beliefs. Even today, Carey Mulligan’s relationship with husband Marcus Mumford flourished as pen pals, as they allegedly wrote love letters to each other of Marcus’ 10 month Mumford and Sons band tour.

When did penpalling get organized?

The pairings above were personal and forged individually. But as we know, at some point systems sprung up to help people find penpals more easily.

The first pen pal matching service is believed to have been the Student Letter Exchange. They began matching pen pals in 1936, and the organisation aimed to encourage students to develop their knowledge of other countries through making new friends. Before the internet, those in search of a pen pal would browse adverts in newspapers and magazines. People would post short profiles and then contact those who they shared interests with.

Today, technology has transformed the way we communicate and yet perhaps because of this, having a Pen Pal is once again becoming popular.

There are various types of penpals, such as:

Are you looking for a pen pal yourself? Check out PenPal to get matched with other members based on your interests, language and area. It’s the safest and easiest platform to get real mail without sharing your personal address.

What are the benefits of having a pen pal?

There are so many benefits associated with having a penpal. For example, it provides the opportunity to:

You may even one day decide to travel to a new place and meet your penpal for the first time. The internet is filled with heartwarming stories of friends who meet for the first time after writing to each other for decades.

How to find a pen pal

If you are looking for someone to write to, there are a number of ways you can connect with penpals from around the globe. However, we have made the whole process easier. We print and send the personalized postcards you design and write on your behalf to a PenPal far away. You can add members as friends to directly exchange postal messages with them. We do all the hard work, and your address will not be revealed for added safety. Discover more about this service to potentially develop a long distance friendship!

8 Ways to Make Friends Online – With a Personal Touch